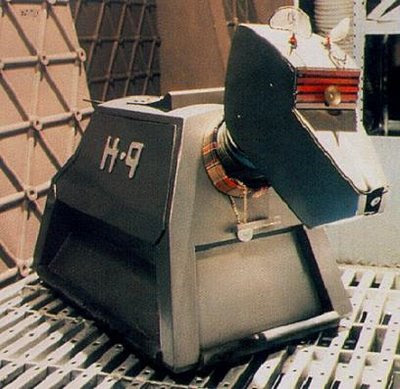 Above: K9 - due for a regeneration
Paul Tams, the co-creator and associate producer on the K9 series that is being filmed in Australia has spoken to The Doctor Who News Page (aka, Outpost Gallifrey) about how the show is progressing. Apparently there will be 26 half hour episodes and K9 will be achieved both as an practical animatronic prop and using CGI. Tams also promises, "I've made sure that hidden in most episodes fans will spot some nod to the past - either a mention or a visual treat." And, much to everyone's relief, he says that the new look K9 will not look like the cartoony concept art that's been seen doing the rounds on the net. The show should be ready to air in Australia later this year.

Other Pages of Interest

Izzy
Hobart, Tasmania, Australia
I work as a Curator at a local uni in the day, but at night I love to create, draw, build & make things...